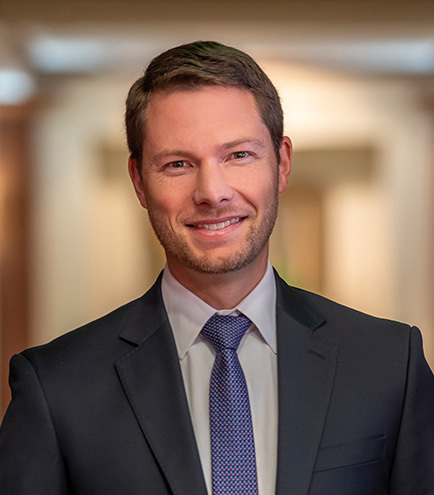 Adam Channer is a member of the firm's International section. He assists companies in cross-border and United States-domestic corporate and commercial transactions. With extensive experience in mergers and acquisitions, greenfield joint ventures, and foreign direct investment, he has advised companies in healthcare, real estate, finance, technology, media, and telecommunications (TMT), film, education, oil and gas, and automotive and airplane OEM. In particular he has spent many years at international law firms in Hong Kong and Beijing, and has assisted clients with PRC-related legal inquires of all kinds.

Represented a leading European Union company in its bid to acquire the 50% equity interest held by BP in a US$3.6 billion Sino-foreign petrochemical joint venture in Shanghai.

Represented Faurecia (China) Holding Company Limited in its acquisition of a US$420 million OEM in the auto industry in China.

Represented CAE International Holdings Limited in the buyout of its interest in a US#325 million flight training joint venture with China Southern Airlines Company Limited.

Represented a leading North American company in the US$300 million acquisition of a building in Shanghai.

Represented a North American company in its proposed buyout of the interest of its Chinese partner in a US$20 million OEM joint venture in the airline industry.

Advised TheSoul Publishing in its establishment of a wholly foreign-owned enterprise in China, involved in the creation and licensing of content for distribution by major Chinese online publishers, ByteDance, iQiyi, Youku Tudou, etc.

Represented GD Midea Heating & Ventilation Equipment Co., Ltd. in its cooperation with Baxi Overseas Holding Limited and the establishment of several Sino-foreign joint venture enterprises in China, involved in the manufacture, and sales, and marketing of boiler products.

Represented Tridente Security & Logistics, LLC in its cooperation with Dongfang Yongan Group Corporation and the establishment of a Sino-foreign joint venture enterprise in China, involved in the logistic of healthcare and pharmaceutical products.

Advised Falcon Screen Enterprises in its investment into China and Hong Kong and collaboration with leading Chinese insurance companies in the roll-out of a film completion bond business in China.

Represented a North American flight training services company in its planned US$60 million joint venture with a state-owned enterprise in Guangdong.