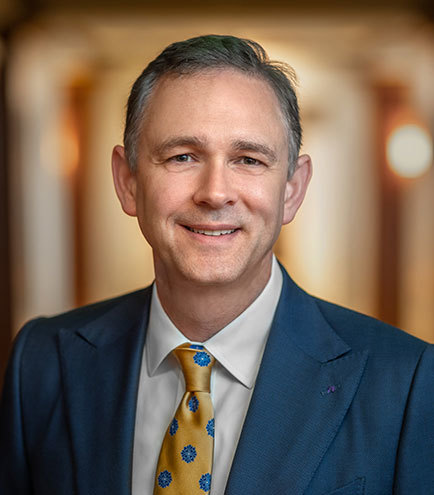 Alexander Dushku is a member of the firm's First Amendment and Religious Organizations, Litigation, and Appellate sections and a former member of the firm's board of directors. Prior to coming to Kirton McConkie, he litigated for a national public interest law firm and clerked on the US Court of Appeals for the Seventh Circuit.

His practice focuses on critical motions and appeals in complex civil cases in state and federal courts across the nation, including an active practice in the US Supreme Court. To date, Mr. Dushku has filed briefs or petitions in 28 cases before that court, including six cases during the October 2018 term alone:

He has experience litigating a broad range of constitutional and civil rights issues, including establishment clause and free exercise, free speech, free press, property rights and takings, equal protection, and due process. He has orally argued many of these matters across various levels of the judiciary, including just recently arguing before and securing a unanimous reversal of the trial court by the Utah Court of Appeals on a due process case for the world’s leading producer of rolled aluminum products and recycling. He consults with a diverse group of clients, including state and local governments, concerning constitutional and civil rights matters.

Mr. Dushku also regularly presents around the country on issues related to the First Amendment’s Religion Clauses and on other legal issues facing religious organizations. He is recognized as one of Utah's Legal Elite and a Mountain States Super Lawyer.

Member, Kirton McConkie Board of Directors