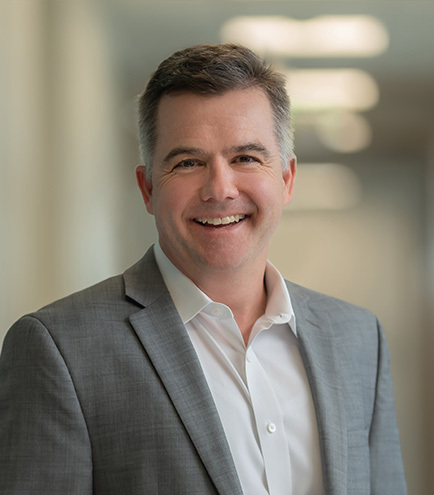 Mr. Woodard is a member of the firm’s Constitutional section.

More than 20 years in commercial litigation — including some lucrative and high-profile wins — has taught Wade Woodard that an attorney’s greatest skill can sometimes be flexibility. Some cases require a pragmatic approach, and others require a more aggressive style. For each client and each case, Wade draws from his lengthy experience to know what arguments will resonate with the jury and which will fall flat. He has represented both plaintiffs and defendants in a broad range of complex commercial litigation areas.

Wade has attracted national attention as a trial lawyer. He represented the plaintiff in a 2007 breach of fiduciary action against St. Alphonsus Regional Medical Center that resulted in a $63.5 million jury verdict. When the case was appealed, reversed and retried in 2011, a $52.5 million jury verdict was secured. Both verdicts against the hospital system were among the 100 largest awarded by juries in their respective years.

Wade also secured a $4 million dollar jury verdict in 2010 on a Fair Housing Act claim, one of the largest recoveries in the history of the Act. In a related case, Wade obtained the dismissal of Boise County’s Chapter 9 bankruptcy petition.

His defense work includes defending Tamarack Resort in a $250 million foreclosure proceeding. He also represents Idaho Power Company in cases throughout Idaho. He’s defended product liability and construction defect claims in more than 20 states while serving as a member of the national litigation team for a global leader in engineered wood products. Wade counsels the Church of Jesus Christ of Latter-day Saints in its Idaho cases.

Wade taught Advanced Torts and Lawyering Process at the University of Idaho, College of Law.

When not teaching or working, Wade loves to ride mountain bikes or motorcycles with his family and served as the founder and head coach of the Capital High School Mountain Bike Team in Boise.

Secured a $4 million jury verdict in his representation of a developer who sued the Boise County Board of Commissioners for violation of the Fair Housing Act for the commissioners’ failure to approve the development of a residential treatment center in the county. The $4 million jury verdict represents one of the largest awards in the history of the Act. Boise County declared bankruptcy based on its obligation to pay the judgment. On motion filed by the developer, the bankruptcy was dismissed, requiring the County to pay the judgment plus attorneys fees.

Secured a jury verdict for sugar beet growers who sued Amalgamated Sugar for the cooperative’s failure to repurchase growers’ shares. The case was won based on the co-op’s violation of the covenant of good faith and fair dealing.

Represented Weyehaeuser and its subsidiaries in several bad faith insurance claims against A.I.G., the Hartford and Travelers.

Successfully represented a developer in a business tort lawsuit against Bank of America.

Serves as outside counsel for Idaho Power Company.

Serves as outside counsel for US Ecology.

Represented the owner of an exclusive mountain resort in a business dispute involving claims seeking hundreds of millions of dollars for fraud, breach of fiduciary duty and collusion with an international bank accused of predatory lending practices.

Serves as Counsel for the Church of Jesus Christ of Latter-day Saints in its Idaho cases.

Defended products liability and construction defect claims in over 20 states, while serving as national litigation counsel for a global leader in engineered wood products.